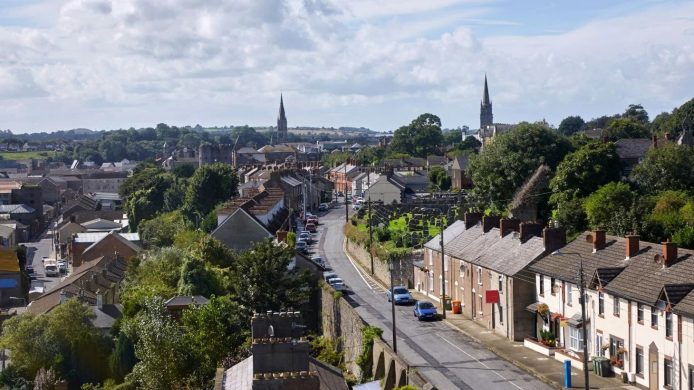 Pastors gear up to welcome evangelicals back to the “greater glory” of church life following 14 months of isolation. 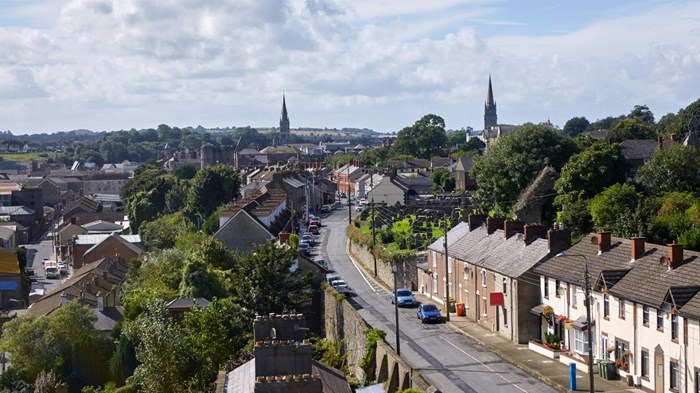 On Monday, Ireland emerged from one of Europe’s strictest lockdowns, allowing Christians to return to in-person church services for the first time since December. Members of Solid Rock Drogheda couldn’t wait until Sunday and met to worship together as soon as the restrictions lifted.

The church, located in a town north of Dublin, started praying for Ireland and the end of the pandemic on St. Patrick’s Day 2020 when lockdown kept revelers at home. What started as a 24-hour prayer vigil has continued ever since, and the church has used an online booking system to schedule members to pray continuously, according to Nick Park, Solid Rock’s pastor and the executive director of Evangelical Alliance Ireland.

While the church prayed, the Irish government instituted three separate lockdowns. In the 14 months since the pandemic began, the government has permitted worship on only 14 Sundays and only three times in the past six months. As of May 10, churches can hold services—along with weddings and funerals—with a maximum of 50 people in attendance.

This is a long-awaited relief for churchgoers who have spent so much of the pandemic apart. Pastors could leave their homes to conduct an online service or to minister to the sick during the earlier lockdowns, but residents were not permitted to get together socially or for worship, indoors or out.

While many businesses and restaurants are still under phased reopening, the Irish are also finally free to travel between counties and meet up with friends and family, per the latest directives from government officials.

At times Ireland’s restrictions were considered among the toughest in the world. Authorities issued fines and threatened to arrest pastors conducting services in violation of the restrictions. Irish legal scholars started to speak up on behalf of churches, and pastors wrote the government last month concerned about the continued ban on worship gatherings.

“We appeal to the government to understand that Christian worship is intrinsically corporate—an act of the gathered church. This lies at the very heart of how Christianity is practiced,” the statement says.

The isolation over the past year-plus has taken its toll on pastors and congregations alike. Congregants longed to see family members who were isolated in other communities. Families with young children struggled with adjusting to at-home schooling and the time away from friends.

Pastors worry who will return after months apart and who has disappeared for good. Park said evangelical congregations usually depend on the weekly offering to make ends meet, and the transition to online giving has been difficult, though he said churches have made it work. In the majority-Catholic country of 5 million, around 1.6 percent is evangelical, the lowest in the English-speaking world, according to Operation Mobilization.

Mark Smith, lead pastor of City Church Dublin, was one of the 16 pastors to sign the statement in April pleading to lift the restrictions. He said when COVID-19 first appeared in March 2020, churches voluntarily closed as a way to love their neighbors. When gathering limits eased over the summer, worshipers started to meet together again in small numbers. In September the government imposed another ban.

If the first lockdown was motivated by love of neighbor, Smith said churches approached the second lockdown with a desire to follow Titus 3:1 and “be subject to rulers and authorities.” No one wanted to stop meeting together, but the gathering bans didn’t feel targeted at churches. “We wanted to be good citizens and a good witness to the community, so we submitted,” he said.

But a third lockdown in January 2021 seemed too much, though cases were spiking in Ireland. Other European Union countries permitted churches to remain open, and Smith said churches had proven that they could meet safely when they gathered during the summer and around Christmas. And while the government tried to contain COVID-19, it took a deep spiritual and mental toll on believers.

Eoghan Heaslip, pastor of St. Catherine’s Church in Dublin, understands that after everything people went through over the past year, this isn’t a time to carry on with business as usual.

Instead, the church must “go slowly, work hard to make safe spaces for listening, lamenting, and allowing all we’ve lost, feared, and grieved to come out in all the different rhythms of church life,” he said.

At City Church Dublin, international families have lost loved ones without being able to travel for funerals. Pastoring families through grief when they cannot benefit from the closure of time with family and final goodbyes has been one of the hardest parts of the pandemic for Smith.

Now that they are returning to worship, pastors are excited but subdued. Size limits mean churches might need to conduct multiple services each Sunday. Solid Rock Drogheda has contracted with a maitre d’ to handle reservations and seating for worship.

Rather than preaching a special sermon, Smith will keep on with his sermon series from 2 Corinthians. When he selected the book at the beginning of the year, he hoped it would “help us to heal emotionally and re-center ourselves on Christ, finding his strength in our weakness.”

Heaslip is letting another pastor fill his pulpit this Sunday, though he is excited for preaching to real people again rather than a camera lens. In the weeks leading up to Pentecost, his church will study the Holy Spirit’s identity and work in the believer’s life. Heaslip made the four-hour drive this week to visit his mother, whom he hasn’t seen in months. He said it was nice to not worry about the police pulling him over and issuing a fine for leaving his county.

With limited capacity, mask mandates, and one-hour limits, church will be far from prepandemic levels. But as spring sets upon the Emerald Isle, the fruits of lockdown will also emerge: worn, weary souls coming together to lift their hearts to God.

Park’s May 10 sermon drew from Ezra 3:12. As the foundation was laid for Jerusalem ’s second temple, the older generation wept because it did not compare to the glory of Solomon ’s temple.

“But actually the second temple would be more glorious than Solomon’s, according to Haggai, because the Desire of the Nations (Jesus) would come to it,” Park said. “In the same way, church post-COVID initially feels different with masks and distancing. But God is taking us to greater glory.”

Read the full article at:
https://www.christianitytoday.com/news/2021/may/ireland-church-reopen-lockdown-worship-covid.html