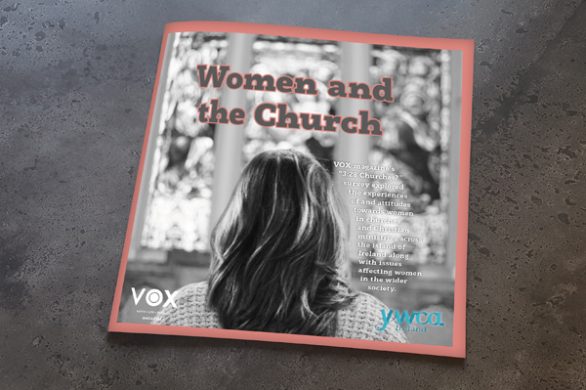 New Report available on “Women and the Church” in Ireland

The report displays the findings of VOX magazine´s “3:28 Churches?” survey, which has been conducted in July and August 2018 in Ireland.

Discovering a lack of data on women´s experiences in the church and the attitudes towards women in the church, the magazine saw a need for actual research in the field. Therefore, a survey was created that would provide answers to questions addressing the experiences gained of women in a Christian setting, the attitudes of Christian men toward women, and the theological positions on the role of women.

The study was named after Galatians 3:28 – “There is neither Jew nor Gentile, neither slave nor free, nor is there male and female, for you are all one in Christ Jesus.” – and additionally addressed issues, such as sexual abuse, prostitution and domestic violence. The report presents the quantitive and qualitive findings of the survey and is rounded off by comments from experts in the relevant fields.

Major findings include a significant number of women who still experienced sexism or exclusion in the church, despite the fact that a majority of women feels welcomed and valued in the church. Furthermore, it was examined that even though a wide majority supported equality between men and women in church life and their roles, the practice shows that church leadership and preaching is still mainly conducted by men.

Finally, the study revealed alarming numbers of experiences with sexual abuse and harassment, and emotional or spiritual abuse and bullying within the church or Christian organizations. “Our research has prompted a range of responses”, says Ruth Garvey-Williams, Editor of VOX magazine. “Many have been shocked, surprised and deeply concerned at the findings. Others have responded negatively to what they perceive is an attack on deeply held beliefs. For many, the report has raised questions about how we can create safe spaces for continued engagement on these important issues.

My fear is that the report will gather dust on a shelf (or in an in-box). But my hope, is that this will be the start of many conversations that can help our churches become a refuge for both women and men – a place where each person can flourish and thrive!”

You can read the report online at: