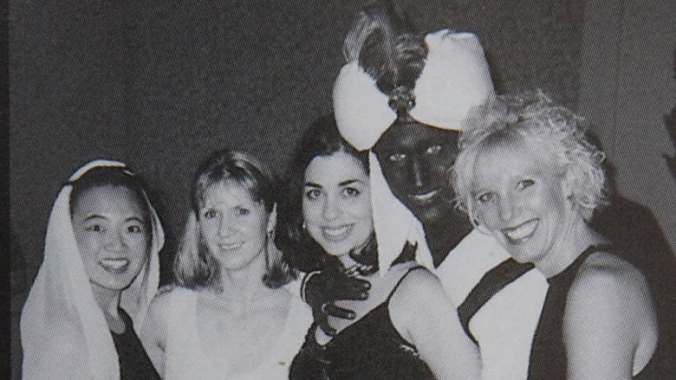 Poor Justin Trudeau. The Canadian Prime Minister, previously best known to the Irish public for his youthful good looks and colourful designer socks, has landed himself in a load of trouble. Apparently, in his younger days, Justin took to the stage in high school talent shows and the like in ‘blackface’. Blackface is where white entertainers use dark make up to make themselves look black. Many of my own generation will remember this practice from TV shows such as ‘The Black and White Minstrels’. This was a hugely popular BBC entertainment programme that ran for 20 years until it gradually became seen as racially offensive and was cancelled in 1978.

There’s no doubt that blackface entertainment shows, particularly in the southern United States, had a nasty racial stereotype attached. The blacked-up characters were often portrayed as being lazy, uneducated and dim-witted. Indeed, the segregation laws that were opposed by Martin Luther King and other Evangelical Christians were known as ‘Jim Crow’ laws – taking their name from a character in a blackface minstrel show. Jim Crow was a stupid buffoonish character paraded for white audiences to laugh at. So it’s not hard for us today to understand why blackface so-called ‘entertainment’ is inextricably entwined with racism, injustice and oppression.

But years ago, and in other parts of the world where racial tension was much less obvious, there would have been plenty of young people who went to fancy dress parties and the like with blacked-up faces pretending to be Bob Marley or Mahatma Ghandi. They didn’t for a moment imagine that their actions could be hurtful to anyone else, or seen as racist. If you were dressing up as David Bowie you spiked up your hair and coloured it red. If you were dressing up as John Lennon you wore a long-haired wig and round steel-rimmed glasses. And if you were dressing up as Bob Marley you blacked your face and wore dreadlocks. I don’t think it was ever something I did, but I remember plenty of others doing it with no malice intended whatsoever. They would have been horrified to think it was racist – indeed, they probably thought it was a tribute to Bob Marley’s reputation as one of the coolest people they could think of.

Today, we have Google and much more information and historical context at our fingertips. So we understand that blackface is utterly unacceptable as a form of entertainment. But that also means that there are probably thousands of photos lying in attics that could be used at some point in the future to demolish the reputation of some celebrity or politician. Trying to explain that they meant no wrong all those years ago isn’t going to cut any ice. The only option is for them to apologise profusely and, like Justin Trudeau, to express how disappointed they are with their younger selves.

Justin’s major problem is not that he made a big mistake, but that he lives in an environment without grace and redemption. These Christian doctrines recognise that we can change – that we don’t have to spend all eternity being condemned for the people we used to be, but rather that we can rejoice in the people that we’ve become through the transforming power of the Gospel.

I’m not suggesting that public figures shouldn’t be held accountable for their past actions, particularly when those actions display a pattern of behaviour, or character flaws, which continue to make them unstable or dangerous in the present. But we need to give people the opportunity to show that they have changed.

I’m so glad that God changed me. Two days ago I was visiting Belfast, and I stopped at the spot in East Belfast, a few yards away from the gates to the Harland & Wolff shipyards, where, in 1981, I knelt in a Salvation Army hall  and surrendered my life to Christ. I was living a life characterised by selfishness, immorality, violence and stupidity. The person I was then was totally unfit to fulfil any of the roles I fulfil today – the roles of husband, father, pastor, leader of a Christian organisation etc.  I’m glad I don’t have to hide my past, or live in fear that someone might discover and expose it to try to destroy me. I can be open about the person I used to be – because I live in the community of the Church, and the Church is a place where we celebrate grace and redemption.

And the same is true, even after that initial point of salvation. I’ve made many mistakes in my walk as a Christian, and even as a preacher. Sometimes, on social media, I see self-appointed ‘heresy hunters’ who are quick to lambast a well-known Christian minister on the basis of a throwaway comment they made in a sermon 25 years ago. I will freely admit that I’ve probably preached some stupid stuff over the years, and I’ve certainly made decisions and, looking back, I realise that I could have handled situations so much better. I’ve frequently had to apologise to others for my mistakes. That’s all part of growing older and becoming wiser. But the wonderful thing is that I’ve encountered so much grace and redemption from others over the years, and in turn I’ve tried as much as possible to extend grace and the opportunity of redemption to others.

So, if Justin Trudeau were listening to me (which he almost certainly isn’t), I would say to him, “You don’t have to spend your life being disappointed in yourself. But everyone needs to part of a community that is based on grace and redemption. Because only in such a community can you truly become the person you were always meant to be.”