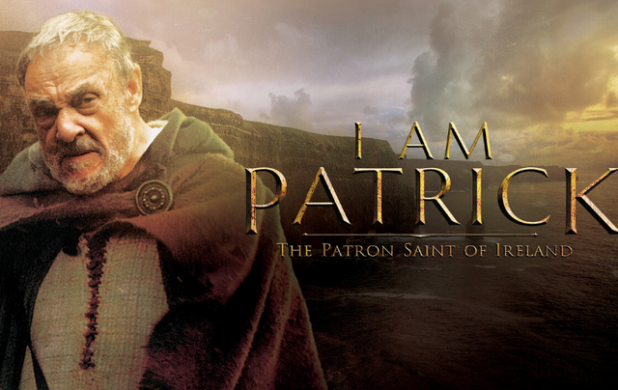 “I Am Patrick” docudrama on Netflix

“I Am Patrick” is a feature-length docudrama covering centuries of Irish myths and legends to uncover the story of St. Patrick

“I Am Patrick” arrives on Netflix in Ireland and the UK today, Thursday, March 12 and uses historical reenactments, expert interviews, and St. Patrick’s own writings to trace his journey.

Featuring “Lord of the Rings” star John Rhys Davies and Sean T O’Meallaigh (from the popular TV series “Vikings”), “I am Patrick” was filmed on location in Ireland last year.

Filming took place in Mayo, Galway, Clare and in a reconstructed Roman villa in Wroxeter, England.

The movie, which features an all-Irish cast and crew, was set to hit cinemas on March 17 and 18, but the film’s producers recently signed a deal with Netflix to air the movie in Ireland and the UK from March 12.

The film is being produced by CBN Films and Location Fixer.

The true story centers around the collapse of the Roman Empire in the 5th Century AD.

As Barbarians ravaged across Europe, a young teenager named Patrick was enjoying a simple life as the son of a British political figure.

However, at the age of 16, Patrick’s life was turned upside down when he was kidnapped by pirates and enslaved in Ireland.

The soon-to-be Irish patron saint spent six whole years working as a shepherd and was driven to the brink of starvation.

Patrick turned to his Christian faith and managed to escape his enslavement and return to his home in Wales.

He had a vision in Wales, however, which told him to return to Ireland and bring Christianity to the uncivilized land.

Against the wishes of his family, Patrick returned to the land where he was held captive and spread Christianity across Ireland, converting thousands to the religion.

He opposed slavers, Irish kings and druids, and even those within the Catholic Church and is widely regarded as bringing the religion to Ireland.

Jarrod Anderson, writer and director of “I am Patrick,” said: “Most people know about the green beer, banishing the snakes, and the parades but few actually know about the man behind the myths… We filmed all across Ireland in some phenomenal locations and were able to create an epic docudrama with a stellar all Irish cast and crew.”