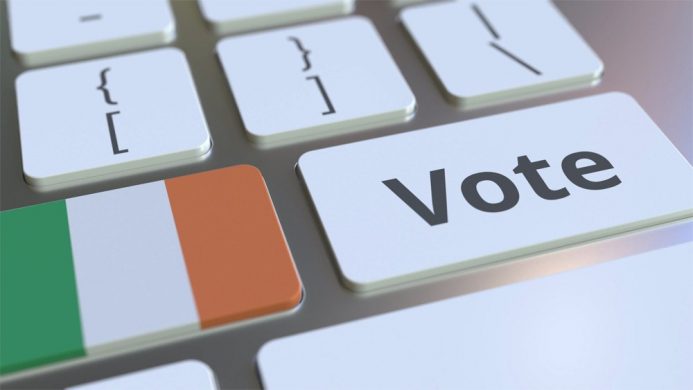 We are in the middle of election season here in Ireland, and politicians are falling over themselves to ask for our votes, to insult each other, and to explain their own statements, tweets and verbal mis-steps.

The media increasingly seizes on anything that will seem to reflect badly on a candidate. And, to be fair, this year the candidates seem to be doing everything they can to help the media in that process. It must be difficult being a political candidate, with everything you say being picked apart for unintended meanings – a bit like being a pastor, only worse!

In the past, of course, silly statements would be forgotten with the passage of time. After all, every one of us has probably said things at one time or another which now, looking back with the benefits of hindsight and (hopefully) added wisdom, make us cringe. But in our age of social media, all these past transgressions can be dragged up and made public at the moment when they can cause the worst possible damage. Yes, as far as the east is from the west, God has removed our transgressions from us (Psalm 103:12) – but Google, Facebook and Twitter are not so forgiving!

I’ve been accused on occasion of being too hard on our politicians, but I do have sympathy for them. I don’t think that they should automatically be trusted just because they hold office, and they should be held to account for their words, actions and policies – and if they behave in ways that diminish truth and justice then I’ll point that out – but they also deserve to be recognised when they do things well. Most of all, of course, we should pray for our politicians – both at the local and national levels.

It is important that Christians not only pray, but also that we vote. If we choose not to participate in the process that elects our politicians, then we have no right to complain at the results that come from that process. So, what are the issues that should guide our prayers – and our voting – in this election season of 2020.

These are the main issues that will guide my voting. Maybe you have other ones that you see as equally important. So, in the light of all this, what are we to do? We need to research where the candidates stand on the issues. That isn’t hard to do – Google is our friend! A few minutes on genuine internet news sites (not Facebook) will soon help us to discover the position, and statements, of candidates on the main issues. Then we need to pray. Pray individually, but pray corporately as well. If you are in church leadership, please consider taking time in a church service or a prayer meeting to pray about this election. Then vote. Vote with your conscience. Let your vote honour Jesus.

An expanded audio version of this article is available on a podcast at: https://www.buzzsprout.com/562411/2612134-the-evangelical-seanchai-episode-20-praying-voting-mick-toolan-the-church-in-indonesia