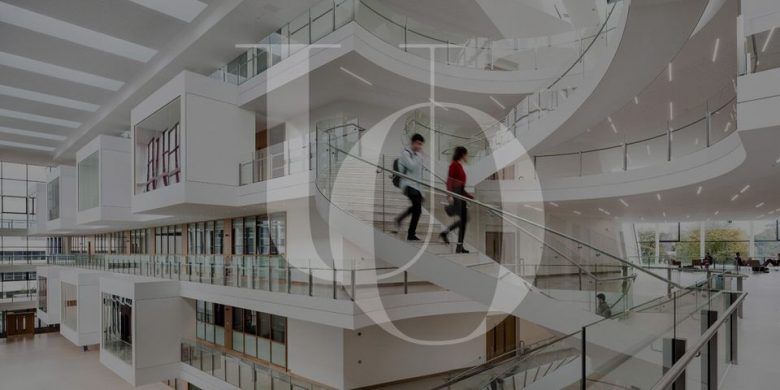 EAI Director Nick Park was interviewed for an article in The University Observer, the newspaper of University College Dublin. One of the roles of EAI is presenting and explaining Christian viewpoints in a way that those outside of the church, and even those who are antagonistic to Christianity, can gain a fresh perspective.

A group of religious leaders from the Evangelical Church have penned an open letter to Taoiseach Micheál Martin to appeal the current bans on public worship. The current Level 5 restrictions hinder religious gatherings across the country to just online meetings, with the exception of funerals and weddings. The letter is signed by a total of 70 pastors representing numerous churches from across the nation in which they appeal to the government to give churches “the freedom to gather in person.”

Other petitions have been circulating where the call to lift this ban is a lot stronger, with claims that the current restrictions on worship are “discriminatory” and a violation of rights “protected in the Constitution.” These pleas further state that “Ireland is one of the only countries in the world to ban public worship as part of Covid-19 restrictions”. These responses raise questions of whether religious communities are selfishly feigning discrimination or persecution amid a pandemic, or whether they should be given “special favours”.

Director of Evangelical Alliance Ireland, Nick Park says he does not believe churches are being discriminated against or singled out, but rather are being treated the same as other similar sized gatherings in a “non-religious setting.” Recognising the need for collective responsibility in curbing the spread of the virus, Park calls the restrictions “simply a public health measure that applies equally to other gatherings”. “The state has a role in regulating public gatherings including worship. We don’t say churches shouldn’t be subject to fire regulations or planning permission”; he adds, however.

Similarly, Director of Admin and Finance of the Islamic Cultural Centre of Ireland (ICCI), Ahmed Husain says they have stopped almost all activities and have restricted worshippers from attending the mosque under the Level 5 guidelines. Husain also states that they have urged Muslims in Ireland to suspend Friday’s prayers and cancel functions of all types “until further notice.”

However, Park asserts that while religious organisations abide by these restrictions, there is also room for these organisations to “lobby” the government explaining how they see religious gatherings to be essential especially “now more than ever.” Herein we find the area of contention as not everyone sees the necessity of these gatherings. UCD Lecturer in Linguistics, Feargal Murphy says the argument that religious gatherings are necessary is “completely unsupported”. Despite the appeals to the government, Murphy says the government has “no role in granting special favours to any one particular system of superstition.” Murphy claims that individuals are free to worship as “gods are not restricted to temples”. Park mirrors this by claiming people can worship at home but cannot have community at home. Park asserts that the community tied to these gatherings are what he and many others define as essential. “We live in a society where community is breaking down. Community was always at the heart of Irish life… We are an essential service in helping people that really need essential community.”

The World Health Organisation (WHO) has stated that lockdowns can slow Covid-19 transmissions by limiting contact between people, however, they warn of the “profound negative impact” these measures can have on individuals particularly “disadvantaged groups.” Over the past few months, Park claims that several of the members of the church he pastors have been negatively impacted by the pandemic, some worse than others. Similarly, in the letter composed by the numerous pastors, they state that they are concerned about the “detrimental effect on people’s mental and emotional welfare” and that people are in need of “hope” now more than ever. Husain says though the restrictions are “understandable” they have also impacted the Muslim community. Husain and those at the Islamic Culture Centre stand in support of the churches appeals and petitions as he says: “the places of worship if remained open while health and safety measures in place will contribute to helping the public and in particular the vulnerable among them cope with and survive the lockdown implications.”

Park says he has brought in many initiatives supported by technology and has encouraged his members to keep a “greater sense of looking out for one another”. He is also carrying out his pastoral duties remotely but says it is not enough for those “vulnerable and lonely” and those not otherwise cared for who need to be able to meet and speak with other people. He supports this claim by saying that a lot of people who are not familiar with the church just see the “divine worship” aspect but neglect the “community” aspect and the good it brings.

Husain claims that the ICCI, which is also concerned, has launched online initiatives for otherwise in-person events. He also says that they have continued with their charitable acts as they “provide quality services to the Muslim community and beyond.” Murphy in disagreement claims that these concerns about the well-being of members from religious organisations are “as valid as the claim that pub owners are worried about people’s mental health.”

Petitions have asserted that “no outbreak of Covid-19 has occurred here in the context of public worship” and that, as instructed, “stringent protocols have been strictly adhered to”. They claim churches have been “rigorous in promoting and facilitating good hand-hygiene” “socially distanced seating” and other “precautionary guidelines”. Park says that even if churches can gather “it doesn’t mean we can just gather and meet with what numbers of people whenever we want”. Husain also hopes to be able to resume activities when it is “safe” to do so. Murphy thinks it would be dangerous as organizations are not able to control their participants as “GAA recently showed us” and that these organizations “cannot control people’s actions outside of their meetings.”

From the very beginning, the pandemic has exposed the difficulty of defining the word ‘essential’. We have seen how it does not account for the complexity of individuals, as what some parties may deem essential may be unessential to other parties. As the government continues to lead an entire nation through the pandemic, individual needs across the country are bound to be missed. Park understands this and appeals to those who may not share his Christian faith to at least “still understand why people need the church.” He says students are a demographic that also realise their need for a sense of community and while Church may not be their “thing” for many people it is, and it should be “valued”.

You can read the original article published in The University Observer at https://universityobserver.ie/should-the-ban-on-public-worship-be-lifted